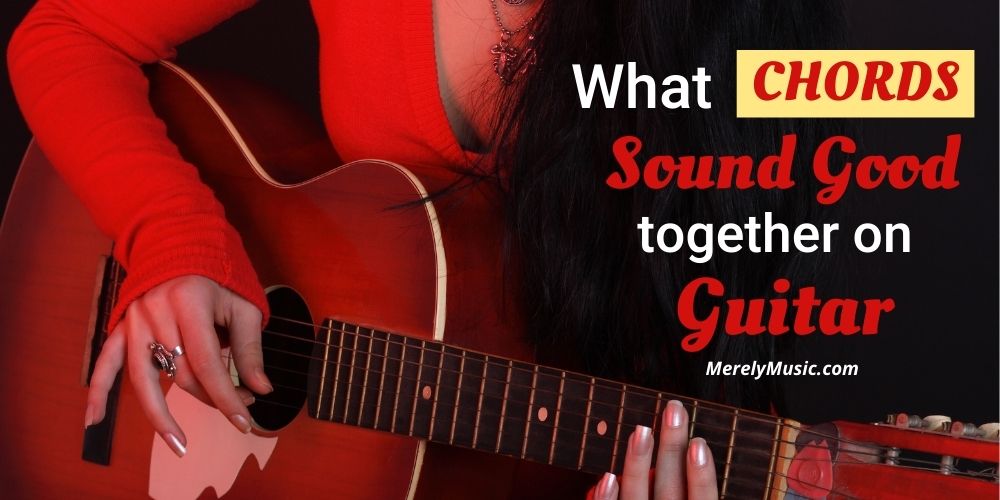 A lot of guitar students spend time learning how to play individual chords and learn the chords of songs, but they often fail to understand why the songwriters chose the chords they did.

As a music teacher and guitar player for many years, I’ve seen this lack of knowledge prove limiting to many of my students.

This is why I’ve always tried to teach the importance and reasoning behind why certain guitar chords sound good when played in a single song.

Knowing this, I figured there are many of you out there who’d like to learn more about this as well, so I decided to make this guide on what chords sound good together on guitar and why.

This may sound over what you understand, but don’t worry! The rest of the article deals with easy ways to understand these concepts and also practical ways to just use them.

This section covers the basics of different chords and how they’re built. I strongly encourage my students and you to learn about some of the ideas in this section.

However, if you just want to look at and try out some chords that work well together, go ahead and hop to the later section.

What Is A Chord?

A chord is a group of at least three different notes. Played at the same time, these notes form a chord that has specific sounds depending on how it’s built.

Chords are an advanced topic, but there are some basic rules which guide 99% of chords in guitar music.

1 – Chords are usually built on triads.

2 – Chords are named for their starting or lowest note.

On guitar, this is often the case. Some chords will go past three notes into adding a fourth one.

This is called a 7 chord.

Adding another note would make it a 9 chord.

The minor chord is the opposite.

Let’s look at an example.

5 – A chord’s major or minor is shown by uppercase and lowercase letters.

A G major chord may be written as “G.”

A G minor chord may be written as “g.”

With some basic knowledge, we can look at harmonic progressions. These are where good musicians are able to figure out which chords go together.

These progressions have been around in Western music (USA and Europe) for hundreds and hundreds of years.

These progressions are almost always used as the basis for songwriting.

This section covers how to figure out which chords belong in a progression. Look at the next section for the chord names.

Key or tonic is often where a song starts and the phrases end.

This chord is used as the basis for the direction of where the rest of the chords go.

The tonic chord, or key, is shown with the roman numeral “I” if in major and “i” if in minor.

2 – The rest of the chords are given Roman numerals based on their order above the tonic or key.

If our song or whatever we want to play starts on C major. The next one up is D minor, so it would be called a ii.

Here’s the example in the key of C Major.

This is important to know when you need to figure out what a progression may end up being in letter names.

3 – Each roman numeral has a purpose in the progression.

The tendencies of these chords are what make good guitar chord combinations.

The I chord is the landing chord. We start here and end here usually.

A ii chord works like the IV chord and is sometimes used to substitute in for the IV.

A vi chord is like the I chord but not as powerful. You get a feeling of completion, but not quite.

A iii isn’t always used in pop music usually just fills in space. It’s like a tricky I.

The vii° isn’t typically used. When it is, it’s just a V7 where they don’t play the starting note.

4 – Minor keys are a little different.

When the starting chord is in minor, the order is usually different.

In minor keys, the i is still the landing chord.

When you see a minor v, this goes back and forth with the i for a melancholy lilting feel.

If you change the v to a V or V7, then it leads strongly back to i.

VII now is the main chord leading to i.

VI leads to the VII or altered V.

Power Progressions: Chord Groupings To Help You Find What Chords Sound Good Together On Guitar

All of this music theory stuff takes a while to get used to, but it’s good to put in the effort.

Getting a handle on the info above gives you more ability to play around with chords and discover your own ways of putting it together.

But in this section, I will give you the common chord progressions that sound good together on guitar along with the letter names in common keys.

After that, I’ll also offer the common chord grouping for beginners.

Combine the two creatively to make your own chord groupings which sound great.

In this duo, the chords hop back and forth with each other.

There isn’t a lot of motion, but it’s a great place to start and it never sounds bad.

This is a little more advanced version of the one above. Still simple but with the extra IV chord for more length.

Now we have a full progression. Ending on the vi chord before going back to I is perfect for the middle of verses or chorus.

It doesn’t sound completely done, but if you replace a I for the vi at the very end, it’ll sound great.

This was of the most popular chord progressions for verses. Many popular songs will use this, but when jumping into the chorus they’ll switch to the progression above.

This one is a little more abnormal to find, but it still sounds good.

When you want something back and forth without sounding finished, try this out.

A variation and simplification of some of what you’ve seen.

A simple minor progression. This one sounds just dark as it hops back and forth without sounding complete.

Think “A Horse With No Name” (although those chords are slightly different).

This is a full progression for a minor key.

These progressions work with any key and sound good, but on guitar, some of them are much easier or harder than others.

In the tables above, I included the letter names for the easier ones for guitar.

Chord grouping are chords that can be used in different order to create different sounds, and they usually sound great in any order.

Here are the common grouping with their chord fingerings. 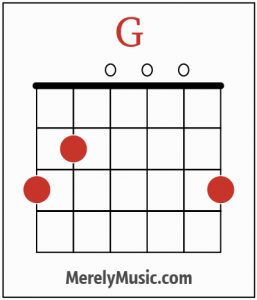 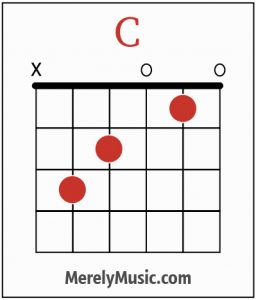 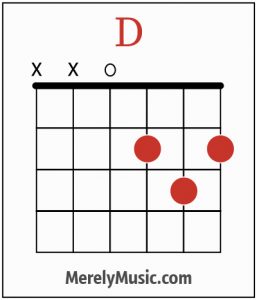 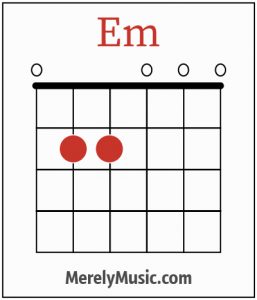 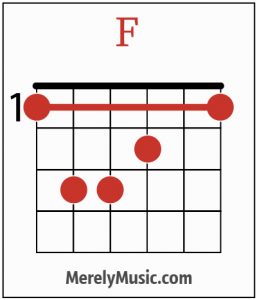 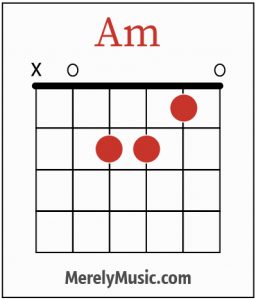 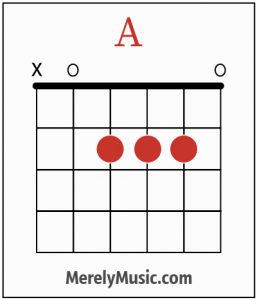 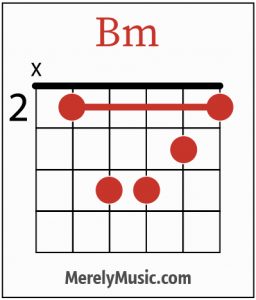 What chords go well with G? – Looking at our list of progressions from above. We see some common members of chord groups with the starting chord of G Major.

What about the am/G progression? – This is a cool-sounding progression, but you won’t find it listed above. Why not?

Remember the purpose behind the different chords.

A minor ii chord serves an almost identical function to the IV chord. This is why it sounds good too.

And it has the minor feel to it which a lot of people like for variety.

What are complementary chords? –  This is just another name for chords that sound good together or fit into a progression.

There are some chord masters who teach progressions by connecting it to complementary colors in the color wheel. Instead of just Roman numerals, they use colors to stand in.

Check out this one by Kordfu.

If all of this seems like a lot, that’s because it is.

This is what makes good songwriters. They have a strong grasp of what chords sound good together on guitar and in songs.

Don’t give up if it seems like too much! Just take some time and practice the progressions and chord groupings to figure out what sounds good to you.