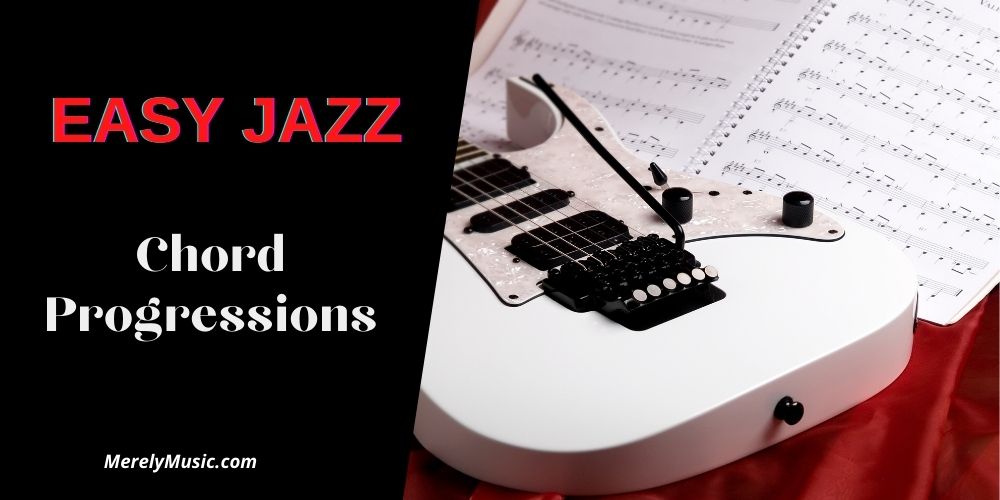 Jazz can be a really daunting area for guitar players to move into. It seems on the surface like a vastly complex network of crazy chord changes and mind-bending, but believe it or not, you can start from an easier place.

As a guitar teacher, I have helped many students get into jazz playing from a basic level. This has often paved the way for them to become great jazz players and be able to take the concept further.

In this lesson that’s what you’re also going to do. I’m going to take you from the foundations of jazz and help you get started in this crazy style of guitar playing. This will require hard work and commitment, but I have a feeling you’ll do just fine!

Firstly, before you even think about stepping foot into the world of jazz you really need to know how to Understand Chord Progressions and what goes into a chord progression. Check out my in-depth article on chord progressions by clicking here.

In this lesson, we will be building the progressions in a Major Key but this principle can also be applied to any Minor Key by following the same rules.

The most common progression in Jazz music is the 2 5 1. This is also regularly found in jazz-inspired and jazz-derived genres such as RnB, Pop, and even rock.

In a major key, the 2 5 1 is made up from the 2nd, 5th, and 1st degrees of the major scale and their respective chords. Let’s do this in A Major.

This means the 2 chord of A Major is a B Minor. The 5 chord is an E Major and the 1 chord is the root which is A Major.

Each repeat of the progression resolves perfectly back to the root note. Our ears are accustomed to hearing a 5th in music as being a “perfect cadence” so each repeat of the 251 will resolve in a pleasing way.

In jazz, the chords that make this progression up, B minor, E major, and A major, can easily be substituted for Bmin7, E7, Amaj7 but this is not set in stone. It’s just a nice alteration you can make to the progression.

While this is technically not entirely a 2 5 1 movement, the first 3 bars of the song contain that idea. It starts with a 2 5 1 in the key of G Major.

Blue Bossa is a minor 251 that starts on the min7 chord of the root note. Much like a 145 pattern that exists in Blues Songs the order of the chords doesn’t always have to be in that order.

This is actually a pop song by the group Maroon 5 but it is a standard 251 progression all the way through in the key of C Major.

This Miles Davis track shows a great 251 example in the key of D major with a slight twist. On the 2 chord, which is typically a minor chord, Miles has chosen to replace this with a dominant 7. This gives the progression a little extra tension and removes the first resolution from the minor second chord to the dominant 7 on the 5 chord.

Using a 251 in Your Own Playing

As you’ve seen over the course of this lesson, a 251 progression can be used for a range of styles. It’s great to add some simple jazz sensibilities to your songwriting or to give your pop tracks a little twist.

The 251 works great as part of a larger chord progression or as a way to resolve something back to the root of the song. If you play a 251 in a major key, starting on the minor chord instantly gives the song a minor flavor while still retaining all the movements of a major chord progression. It’s a very interesting way to spice up your chord progressions and give them a new jazzy vibe.